Mi Mix has undoubtedly been one of the smartphones that attracted the greatest interest last year. At the time of launch, it was the first smartphone featuring virtually nonexistent frames on all sides of the display and technically attractive solutions such as the particular audio system running. Nearly a year away the protagonist is still it, Mi Mix in his second version.

The features of the new smartphone largely confirm the leak of the past few weeks. We then have a slightly smaller display than Mi Mix. We talk about 5.99 inches diagonal at FHD+ resolution (2160×1080) versus 6.4 of last year’s version, but above all a 18:9 aspect ratio, in line with competition, which allows for ergonomics even better. Ergonomics, however, is already favored by the absence of frame on 3 of the 4 sides, the main feature and definitely identifying this smartphone. 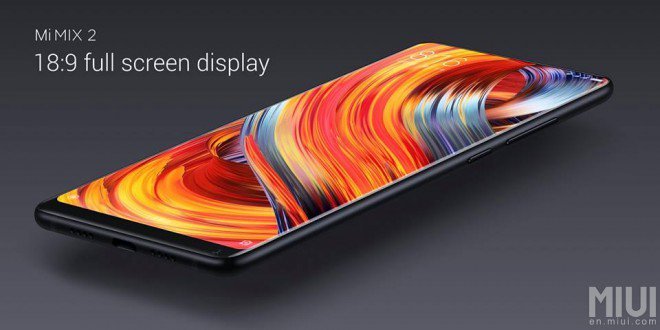 We can also find optimization of the MIUI interface designed to make the smartphone even more productive, taking full advantage of the shape and size of the display.

Frames have been further reduced in size thanks to a series of optimizations such as a smaller front camera, and a new placement of display connectors. The frame at the bottom of the display was then reduced by an additional 12%. Lower also overall thickness and 7% lower than the iPhone 7 Plus, despite the significantly larger display. 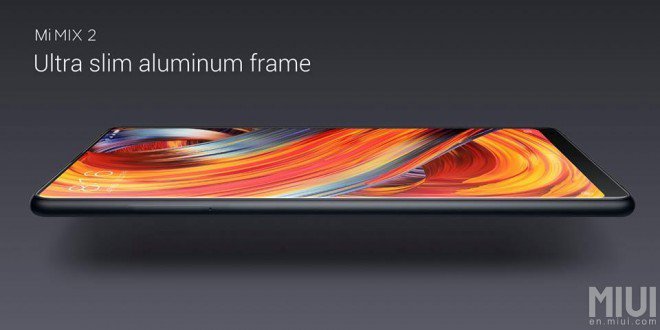 Also the design has been renewed , with beveled edges and generally more harmonious lines. The update was appreciated since the first Mi Mix, though singular and certainly innovative, could not have been considered graceful in its forms. New also the headset, no longer conductive but of a classic type, and placed at the end of the display, for a better sound than the previous generation. The back cover is made of ceramic material, this time with a satin-finished aluminum frame. 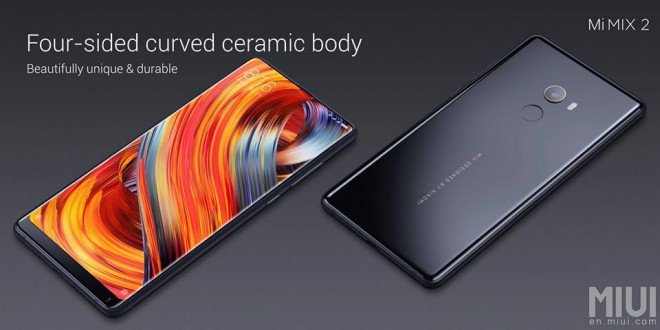 Inside this new MI MIX 2, of course, there is also an updated hardware platform featuring the latest top range Qualcomm SoC, namely the Snapdragon 835. A SoC that will be accompanied by 6GB of RAM and 64GB of internal memory dedicated to storage. Memory that can go up to 256 GB depending on the version.

And as any up-to-date update, it could not miss a new camera segment featuring a 12-megapixel Sony IMX386 sensor with 1.25 micrometer pixels and 4-axis stabilizer. The same photo compartment that figured on the last Mi 6. 5 megapixel is instead the resolution of the front module placed at the base of the display.

It’s been also revised the antenna compartment, which now offers compatibility with 43 different bands, including the long-awaited band 20 that will make the most of the new Mi Mix 2 available in Italy and other countries. There are also NFC for payments and WiFi MiMo 4×4.

The battery inside this new MI MIX 2 offers a capacity of 3400 mAh. So considerably reduced compared to the previous version, we will see if this will still be enough to get sufficient autonomy. Anyway, it comes with Qualcomm Quick Charge 3.0 technology.

The operating system is obviously Android, in its version 7 Nougat, customized with MIUI 9.

But Xiaomi did not want to miss anything, and in addition to the presentation of the new Mi Mix, it also announced a special version made in collaboration with Philippe Starck, featuring a unibody white ceramic design of undoubtedly premium appearance. A product that has just been realized in just a few prototype units, even in black version. 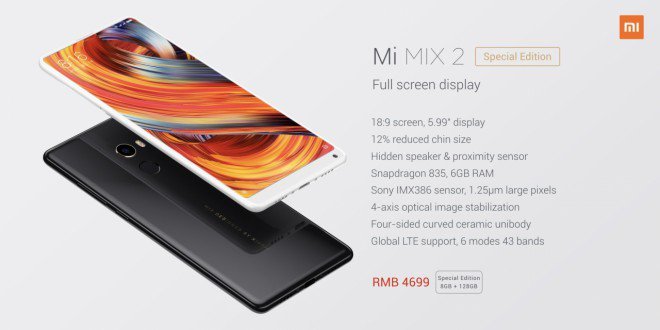 A version that will be special also with regard to the technical features and price, with 8 GB of RAM and 128 GB of ROM with a price starting from 4699 RNB, or around 600 euros. The special edition of Mi Mix 2 will be available from November. 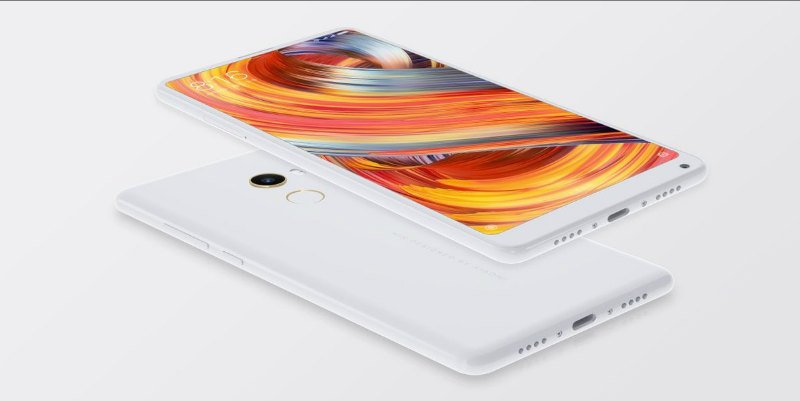 Now let’s see some videos, with unboxing and hands on: