Elephone Elecam 360 is a new 3D action camera. It has 2 lenses with a Field of View of 220° each, so you can edit the 2 videos to get a complete 360° video, that you can watch using your VR glasses, or smartphone or even computer, changing the point of view all around you during playback just moving your head or phone or mouse. It also features Wifi so you can control it with your smartphone or tablet. It costs only 149$ and you can already buy it in presale @ Gearbest (shipping starts on June 24).

You can choose to use just the single videos with standard formats and a FOV of 220° to edit a normal video, maybe with 2 different point of views, front and rear, or edit them to obtain a single 3D video at 360°, that you can watch with your smartphone, PC or VR glasses. You can even post it on Youtube as it is compatible with 3D videos, just remind to check the box “This is a 3D video” while uploading it. 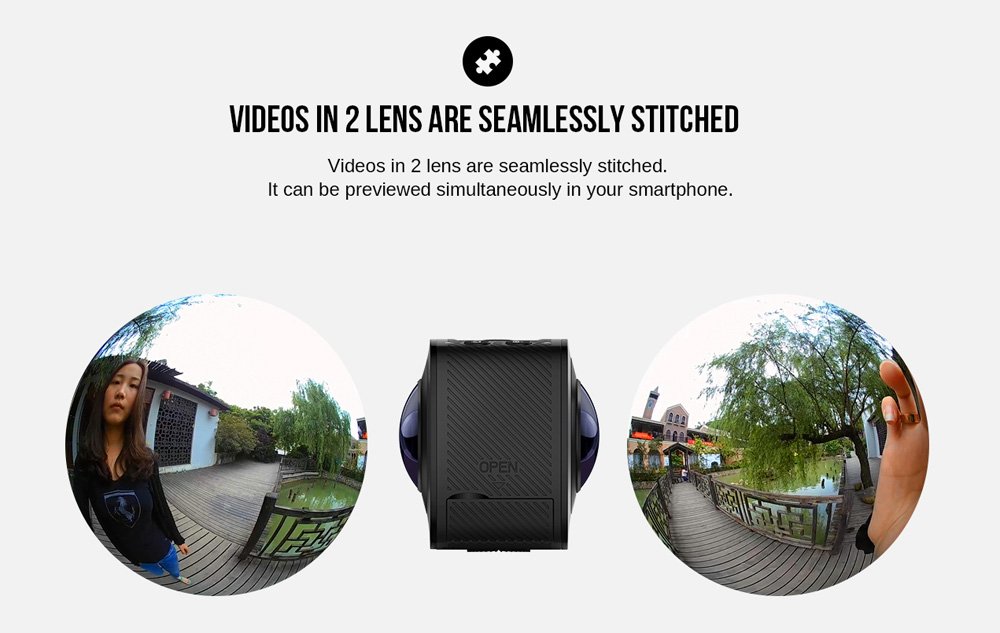 The camera features a Sunplus 6350M chips, the same used in the EKEN H9.

On the top of the camera there’s a small LCD screen with indications of the resolutions, of the features (Record, Photos) useful to change options in the menu.

Elecam 360 also features WiFi, so you can control the camera(s) using the App for iOS an Android.

The battery has a capacity of 1500mAh that allows you to record up to 60minutes of 360° videos. But the body is designed with more space to eventually install bigger batteries.

Ports
The camera holds a microUSB port,
not sure if A/V out and Mic-in via USB are possible.
On the bottom of the camera is a 1/4″ tripod thread for mounting.

In the Package you get: 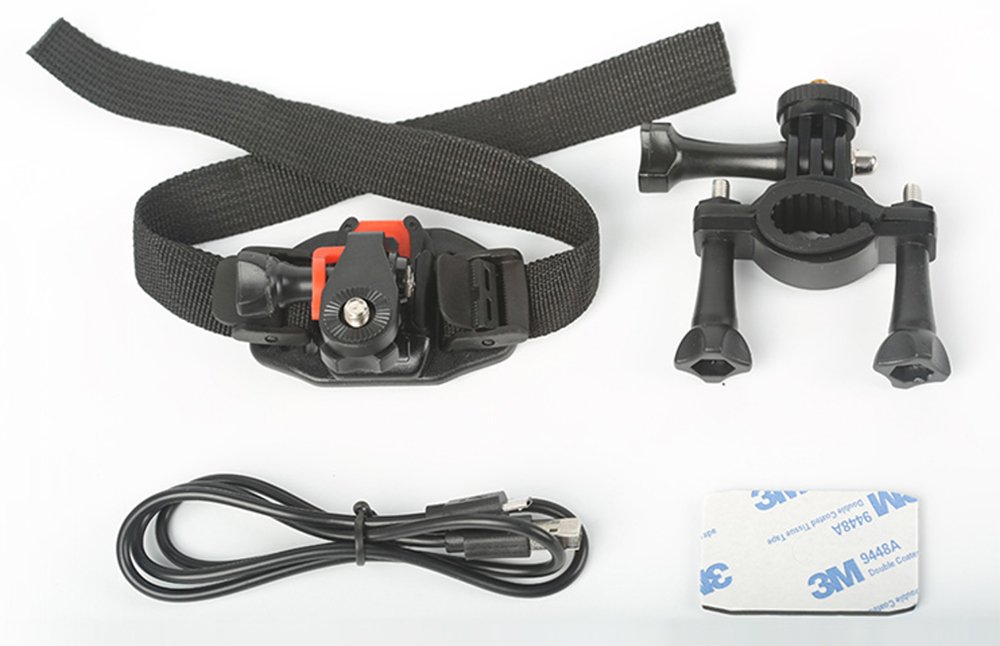 Two 220 degrees panoramic lens make the view complete
360 degrees video without missing any details
Video in 2 lens are seamlessly stitched
With VR shooting mode, allows you having a virtual reality experience
Support WiFi connection supports smartphone connecting to iOS and Android
Support sharing moments to your social network
Built-in 1500mAh Li-ion battery, lasts for over an hour with front and rear cameras on