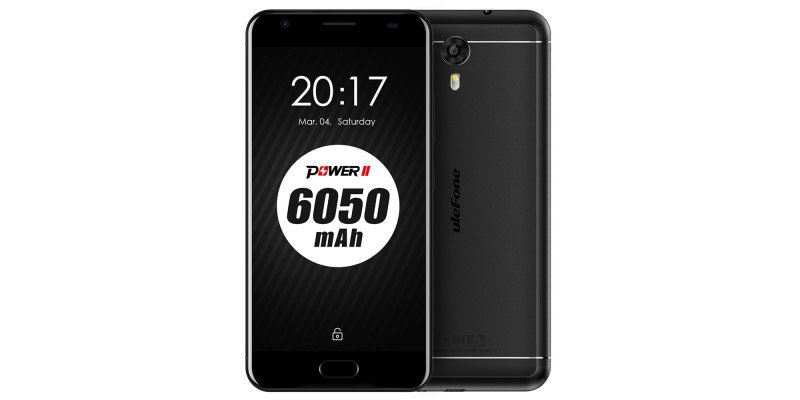 Ulefone is a Chinese company that has made a number of interesting products in recent years and among them are definitely its products designed to have a significant autonomy. Power 2 is just the latest of these devices.

This is the brand that brings at least one selling point to its smartphones, and that feature helps the phone to sell in millions. Probably you have heard about the Ulefone Metal, Armor, Future, and others. Each of them comes with a feature corresponding its name. Say, the Metal sports a metal housing, the Armor is the first IP68 certified phone of the company, the Future sports a bezel-less screen and so on. In this sense, one of the most popular handsets coming our way from this company was the Ulefone Power, a great device packed with a large capacity battery of 6050mAh. Its successor has been announced at MWC2017.

Thanks to Gearbest we had the possibility to test this phone, let’s find out in the full review.

The Ulefone Power 2 pack is particularly rich: 12V / 1.5A power supply, USB-microUSB cable, microUSB OTG cable, rigid case (with fake leather back), glass film and an accessory to hold the phone with one hand Very popular in China).

Ulefone Power 2 is a big and heavy smartphone. Especially heavy. Without compromise. It weighs 210 grams and has a thickness of 9.9 millimeters. It is made of opaque metal, pleasing to the touch and slightly higher on the frame, achieving a special and pleasing effect. The physical buttons are located on the right side. They get pretty good, but important dimensions can definitely be an impediment. On the front is placed a physical button that is also a fingerprint reader. 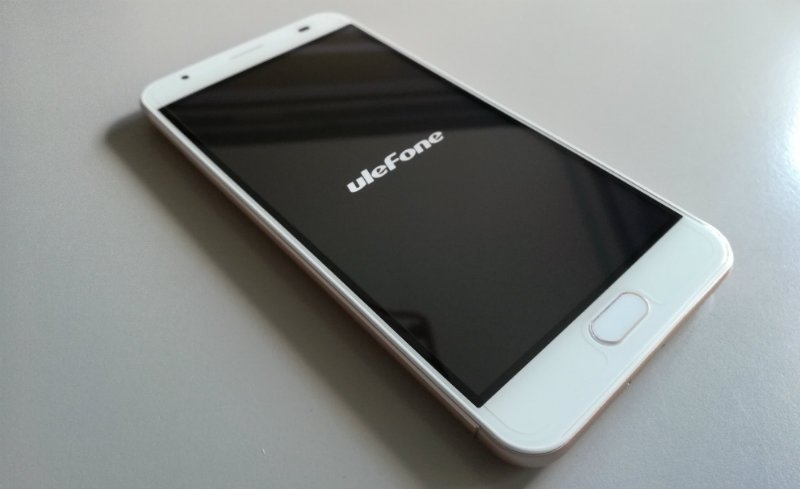 As the phone has been designed for those who prefer longer battery life to other features, do not expect for the Ulefone Power 2 to look outstanding. The bigger battery is the bulkier it is. This is a standard and no one could invent anything better. This rule is true for the Ulefone Power 2 as well. Regardless all the efforts made by the manufacturer to hide this feature, the Power 2 is thick. It comes at 9.9mm thickness. It’s about 3mm thicker than a regular smartphone.

The front panel of the phone looks more attractive. It carries a 5.5-inch Full HD screen at pixel density of 401ppi and covered with Gorilla Glass 3. Other than that, the screen comes with a 2.5D arc glass. It gives a stylish and modern look to the phone. The display is made of LTPS (Low Temperature PolySilicon) technology. So we have to state, the screen is what we need. The speaker, front camera and a standard set of sensors are located above the screen, while the home button is below it. The fingerprint scanner is located on the front under the home button. Its response time is lowered to 0.15s. The fingerprint recognition works at 360 degrees and supports up to 5 fingerprints.

The back of the Ulefone Power 2 is made of metal. The 13MP camera is located at the middle upper part of the rear panel. It’s paired with a LED flash located vertical to the camera module. The Ulefone logo is printed below it.

The power button and the volume rocker are on the right hands side. The SIM card slot is on the left. The 3.5mm audio jack is on the top. And finally, the microUSB port, speaker and a microphone hole are placed on the bottom.

There are 3 colors, Gray, Black and Gold: 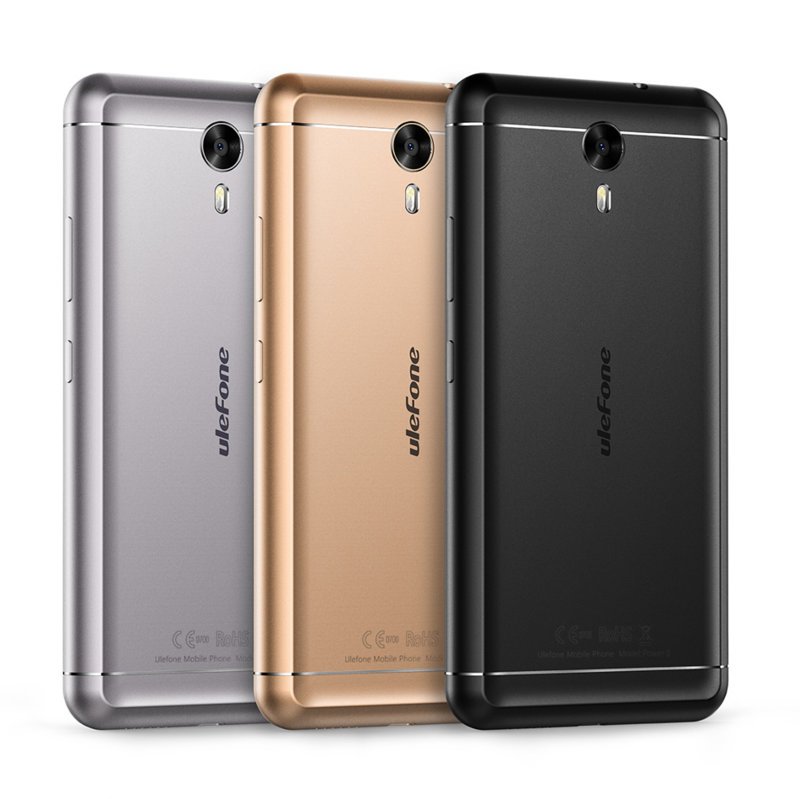 Power 2 has a Mediatek MT6750T 1.5GHz octa core CPU with a Mali T860 graphics processor. We even have 4GB of RAM and 64GB of  internal memory expandable with a microSD. Connectivity includes LTE up to 150 Mbps (including band 20), Wi-Fi a / b / g / n dual band and Bluetooth 4.0. Instead, the NFC is missing. Many sensors, including digital compass and accelerometer.

The speaker is positioned at the bottom: it has an average volume and an average quality.

The Ulefone Power 2 comes with a 5.5-inch Full HD display with IPS technology. The screen tends to slightly blue but is quite good for the price. The oleophobic treatment is then good, allowing the screen to not get dirty easily, which is a good thing.

The main camera is a 13 megapixel camera that, thanks to the interpolation software, can take 16 megapixel pictures. It comes with a single flash led (although it pretends to have two) and has a ƒ / 2.2 aperture. Photos with good light are discrete, even if they suffer a bit of strong lights and therefore it takes a few seconds to find the best shot. With less light the shot gets slower and you will need a firm hand to have good photos, which is not impossible to accomplish. Full HD videos are discrete for the category. The 8-megapixel front camera (snaps to 13 with interpolation) is discreet even if it snaps a little flat selfie.

Inside Ulefone Power 2 there’s Android Nougat version 7.0. It’s not the first we test with this updated version of the Mediatek firmware, but it’s still one of the first, making it actually more interesting from this point of view. With the software you can choose whether to always show the on-screen buttons. We then have a large amount of gestures that can be activated at will, including that, convenient, to re-enter the display with a double-pressed home button. Then included Parallel Space to split up any installed application, using a second account, and finally having the one hand float view that interferes with the onscreen bar. 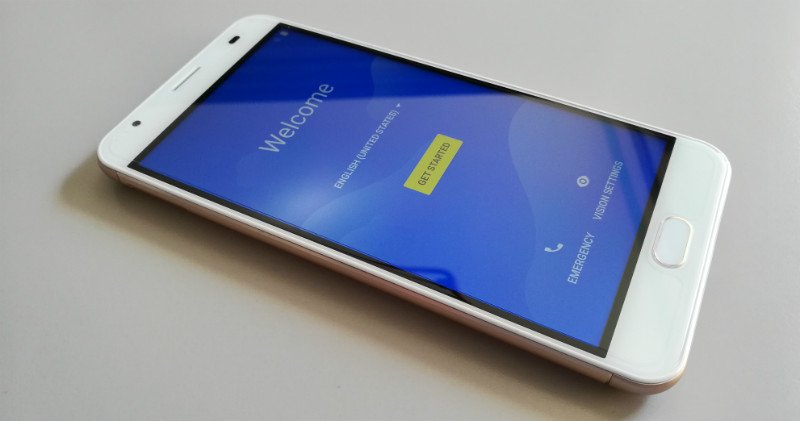 Calendar apps, music, gallery are the usual ….. chances are that Chinese producers do not want to pay google certifications or something to set up new apps (not bad, they can download from the play store that is Preinstalled as well as the Italian. There are Nougat style notifications but there is no multiwindows. Comfortable gestures on the central button but little optimized.


The point in favor is definitely the fact that the software was pretty fluid in everyday use and an update received during the trial period solved some bugs that afflicted the system.

English is preinstalled, as well Play store and google apps

The Power 2 battery is 6050 mAh. This is what surely complicates things in terms of weight and ergonomics, but lets you have to deal with a battery that with a fairly intense use can take you to two full days with a single charge. The result is good, though perhaps you could still do something more considering the battery capacity.

Ulefone Power 2 does what it needs to do, and it does discreetly, with so much internal memory to install apps and good performance, as well as dual SIM support. Well the autonomy, however, has as a counterweight, the important weight of the device. The price then is interesting, although not a best buy. 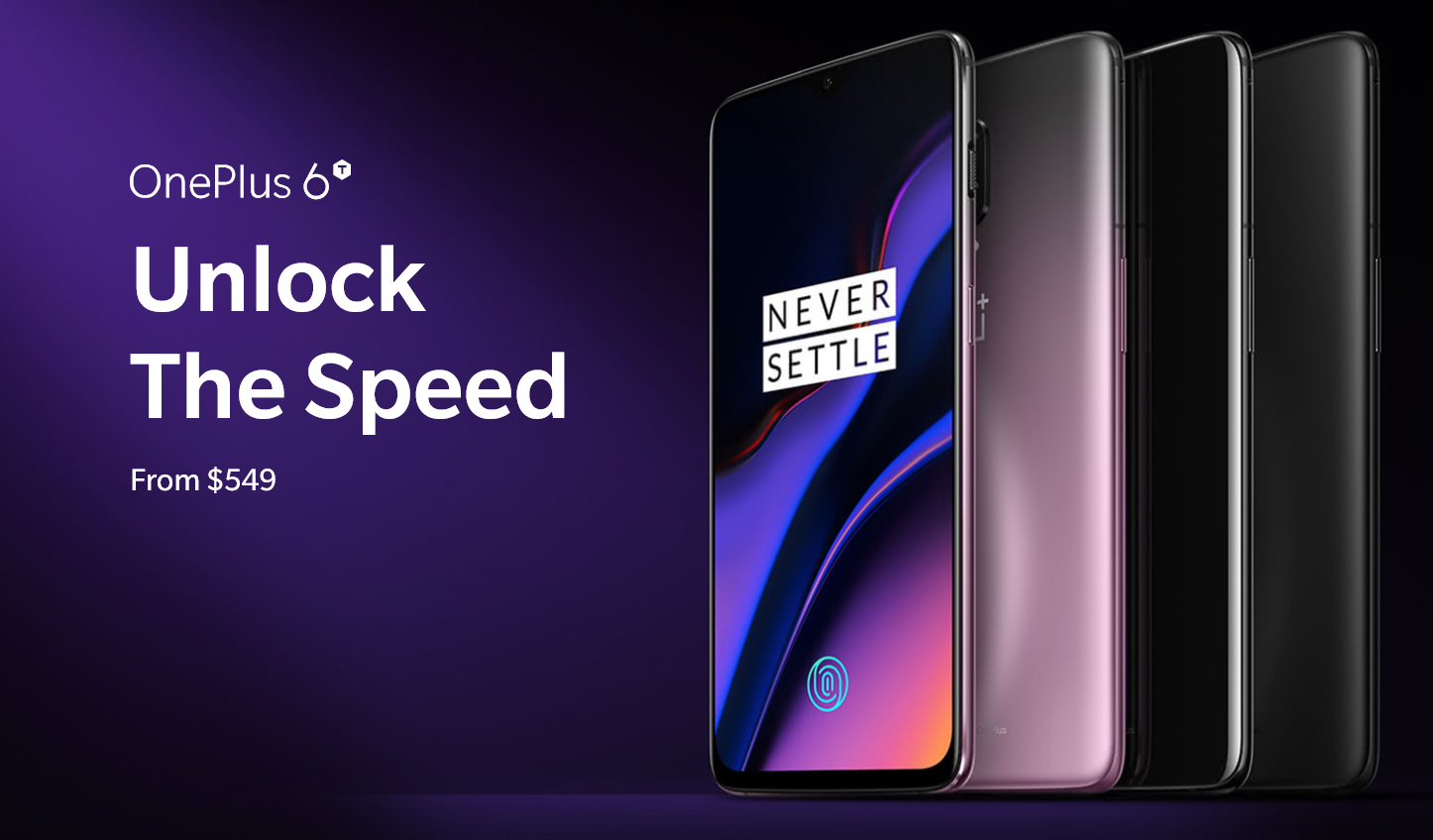 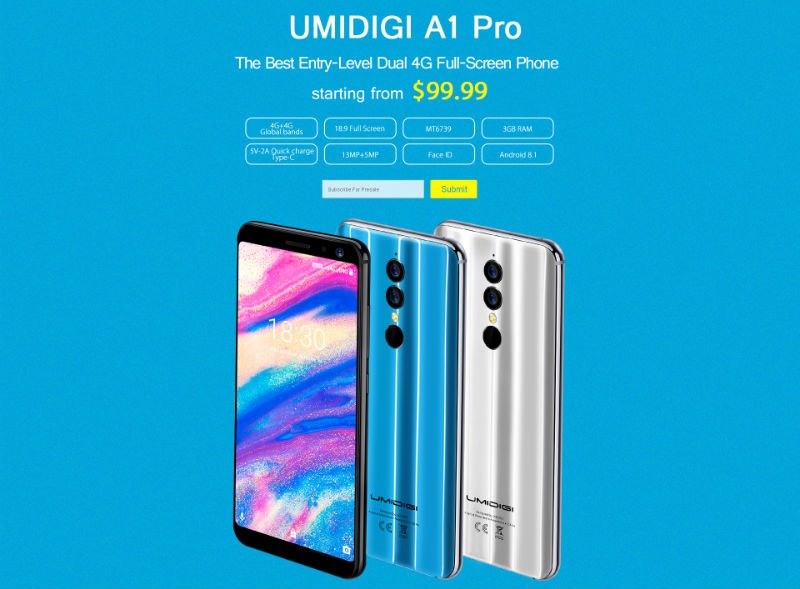 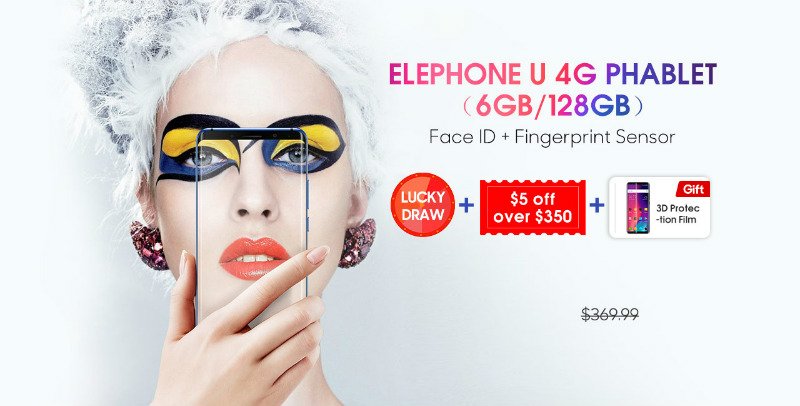